Reflections on the Twisted Nether Blogcast 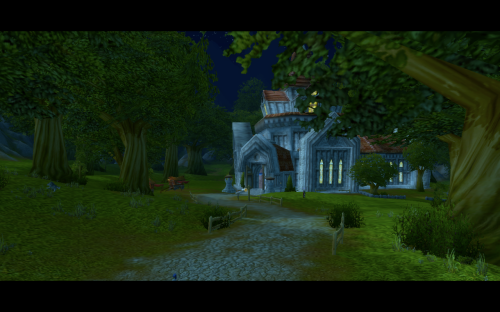 Fortunately, the talkative Cyn showed up to last weeks’ Twisted Nether Blogcast. Fimlys and Nibuca were gracious enough to let me go on at some length about battlegrounds, Children’s Week, professions, blogging – and put up with my terrible jokes. I had a great time and hope they did too. I hope you enjoy listening to it either on their site, or downloaded into your podcast software of choice.

One of the challenges with recording an interview is making sure that you’re accurate while also maintaining the flow of the conversation.  I made a few outright errors that I’d like to correct now, while there are a few topics I’d like to expand further upon in later blog posts.

I’ll update this post with corrections as they come to light.  It’s a long interview, so let me know if there’s something else I need to update.

Once again, thanks to Fimlys and Nibuca for having me as a guest on their show.

I said that the Horde controls Wintergrasp 25-35% of the time on Durotan.  According to Time Until Wintergrasp (the site I mentioned I couldn’t remember), the ratio on Durotan for May 2010 was 168-93 for the Alliance, or a 36% Horde win rate.

I stated, quite confidently, that the name of the upcoming Cataclysm PvP zone Tol Barad is taken directly from Tolkien. That part I stand behind. I was completely wrong in saying that there is a specific location in Tolkien’s work named Tol Barad, specifically the island in the River Sirion in ancient Beleriand. This island is called Tol Sirion, upon which stood the original Minas Tirith. (The Minas Tirith in Gondor that appears in The Lord of the Rings is named after this Noldor fortification.)  This island was overrun by the forces of Morgoth led by Sauron (yes, that Sauron) and renamed Tol-in-Gaurhoth, the Isle of Werewolves.

You can insert your own Worgen joke here, if you like.

Fimlys was quite right that Tol Brandir, the island above the great Falls of Rauros on the River Anduin in LotR, is closest in sound to Tol Barad. Barad does appear in several place names, most famously Barad-dûr, the fortress of Sauron in Mordor, but also in Barad Eithel, the fortress of Fingolfin, and Barad Nimras, the sea-watchtower of Finrod.

In my head I had conflated Tol Sirion and Barad Eithel, which are geographically close but not identical.  Sorry about that!

In Sindarin, Tol translates to “island” and Barad to “tower.” So if we attempt a translation of Tol Barad, it would be “the Island of the Tower,” “Tower Island,” or perhaps “The Fortified Isle.”

All of those are good enough names for a battleground, though Tower Island sounds a little cheesy and there’s already an Isle of Conquest. So while I find the name jarring (much like Prince Anduin) I can live with it.

It bugged me that I got this one wrong. I love Tolkien’s works and hate when I accidentally spread misinformation.

9 responses to “Reflections on the Twisted Nether Blogcast”