A Guide To Twinking In Cataclysm

A BRIEF HISTORY OF TWINKING

In the World of Warcraft, twinking is the act of making your character as absolutely as good as they could be, usually by turning off experience gain, and usually at low levels.

Twinking has a storied and not entirely savory history within WoW. The name itself is taken from derogatory slang for young-looking, attractive homosexual men, as the characters in question were almost universally not playing at the endgame. Twinks used to exist almost entirely for PvP, existing to completely dominate lower-level battlegrounds when such BGs did not award experience. These twinks would slaughter lesser-geared and enchanted opponents, to the point where low-level PvP was not a good idea for leveling characters. This is why, even though this situation has not been in place for over a year, twinks remain hated by many long-term WoW players.

There were two dominant motivations in the twink community; one that was pursuing excellence at a given level, in a given arena, and the other which pursued dominance over other players at any cost. The former motivation was often cited, but the latter one was more often on display against non-twinks. I think that both motivations were present in most twinks who played before patch 3.2; I’d be lying if I didn’t say that I enjoyed taking my level 59 Death Knight twink (which is almost an oxymoron) and totally stomping through a battleground after a hard day of work.

But things completely changed for twinks in Patch 3.2 with three related developments.

These changes had dramatic effects upon the battlegrounds, bringing many new players into the BGs as a viable alternate leveling route – Alterac Valley in the 50s was especially popular – but also made it possible to consider entirely different kinds of twinks, as well as changing the entire environment in which they lived in. Twinks, formerly spread out among the general population, found themselves forced to relocate to destination battlegroups to provide a sufficient concentration of players to “pop” a battleground.

For much of the twinking community, these changes were completely embraced. The battles that began to take shape were of characters in nearly equal gear, so that skill and tactics became paramount. No longer were battlegrounds about racking up HKs on unsuspecting leveling players; no, battles became longer, strategic matches between roughly equal forces – just what many twink players had maintained they wanted.

However, other twinks were not so satisfied with this state of affairs, and found that if they entered regular battlegrounds, but left before the first flag capture, they could engage in the darker side of twinking, completely dominating an unsuspecting leveling bracket and racking up HKs while bullying the other side into submission. A special kind of twink – an expansion twink, one limited by the account not having Burning Crusade or Wrath of the Lich King on it, thrived in this situation, as they could run as much older content and battlegrounds as they desired without leveling and without turning off XP. Expansion twinks began to dominate the 51-60 Alterac Valley bracket in many battlegroups, outfitted with MC epics and BC enchants.

It would be nice to pretend that this didn’t happen, but it did.

There were other, smaller changes in the recent past: changes in gear and enchants, with minimum levels being applied to many enchants that previously lacked them. Mounts were lowered in level, making them accessible to all but the level 19 pvp bracket. Titles became available that were previously lacking. Faction changes allowed you to get the best in slot gear from both sides. The lack of XP gain allowed for twinks to become PvE specialists in addition to PvP players, letting people solo dungeons or run them repeatedly at-level for gear.

This is how it stood for much of Wrath of the Lich King.

The Sundering (4.0.1) and Cataclysm (4.0.3) patches turned twinking upside down. Gear was completely reitemized at early levels to make for a better leveling experience. Gear that may have been substandard was now Best in Slot, and vice versa. Enchants were rearranged, sometimes dramatically. Some gear was changed, some moved up out of different brackets, others removed completely.

But there were three changes that overshadowed all the others.

The first was the introduction of the revised talent trees in 4.0.1, which gave class-defining abilities to characters at level 10 which were formerly reserved for much higher level characters. The changes in each class’s talents and abilities were extensive, but gaining this signature ability at level 10 was the most visible of the changes. These changes dramatically affected how classes played at various levels, and helped redefine roles in each battleground.

The second change was to the brackets themselves. Formerly, each bracket was from levels ending in 0 to 9, so 10-19, 20-29, 30-39, etc.. Patch 4.0.3 brought a massive change to this structure, splitting each bracket in two and redistributing the battlegrounds so players could experience more battlegrounds earlier on in the leveling process. The new brackets were 10-14, 15-19, 20-24, 25-29, etc., making entirely new brackets available for twinking. Arathi Basin joined Warsong Gulch at level 10, and Eye of the Storm became available before most characters had even glimpsed Outland, at level 35. Exciting stuff.

A third change was implemented not as part of a patch, but as part of the server infrastructure improvements in preparation for Cataclysm. This was merging all the PvP battlegroups into region-wide battlegroups. Players from all North American battlegroups were joined over the course of a few weeks into a single, large pool of players to pop battlegrounds, effectively ending the need for the destination battlegroups that patch 3.2 created. No longer do you need to roll on a foreign server to twink and get a queue – now you can do it on the same server as your main.

All of these were fantastic changes to leveling characters, and they open up a whole new set of possibilities for twinks, too. They combine to make Cataclysm the perfect time to start twinking if you’ve been considering it. 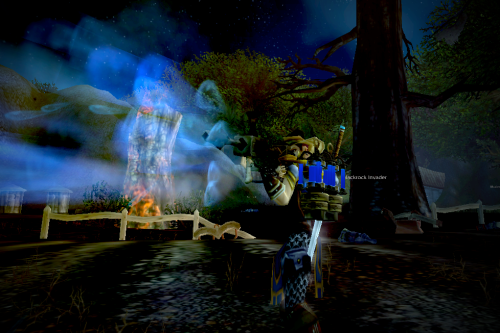 Twinking is a little bit of an odd activity in the World of Warcraft. It’s arbitrarily setting a limit on your character and then trying to excel within that limit. Doing so is a challenge, but a rewarding one – for at the end of it all, you will have a character which requires little maintenance or grinding, and which you can hop on at will for your chosen activity.

It is a lot of fun, when you get down to it.

First thing you’ll want to do is settle on what you want your character to be. My best suggestion here is to level a class and find a time when you had a huge amount of fun playing them, and then go and capture that. Try to figure out what kinds of things you want to do – PvP, run dungeons with friends, solo content, try for Loremaster – and start from there.

Next, you’ll need to pick your level. WoW is built to drive you to level, so each level you pick up will be translated into more abilities, more power, and more freedom. Some things to keep in mind here about picking levels:

Once you’ve decided what environment you’re twinking for, you need to choose your class and race.

Generally speaking, lower levels favor Agility-based classes due to the exceptional Agility enchants you can put on level 1-34 gear. Intellect- and Strength-based classes do okay at the lower levels, but Agility has the best enchants, and enchants are vital to your success. After you get BC-era enchants and level 35+ gear, this levels out a bit and class balance becomes more even.

Consider what role you want to play in your chosen field – are you going to be a damage dealer in Warsong Gulch, or a flag carrier? Are you going to tank Wailing Caverns and Shadowfang Keep like a boss, or do you want to heal the worst PuG tank LFD throws at you with ease? Generally, what you want to do will determine your class more than anything else.

Once you’ve rolled your twink and gotten him or her to the desired level, you’ll want to visit an Experience Eliminator in either Stormwind or Orgrimmar to turn off your XP. It will cost 10 gold, but once it’s turned off, gearing up and skilling up become easy.

GEARING UP YOUR TWINK

But more important than someone on the internet providing you a gear list, you need to know how to build your own. Don’t blindly follow a gear list, no matter how detailed it is. Choosing the best gear for your twink means learning what is going to work best for you and your playstyle. Gear lists are the starting point, not the end.

And I have a set for looking awesome around town. Oh! And an Intellect set for pretending to be a Mage. But they don’t count.

I bring up my gear obsession for a reason: you can’t consider something to be Best in Slot until you consider the situation in which it’s going to be used. And that’s what you have to learn to do when gearing up your twink.

I’m not going to provide gear lists. Not only am I not qualified for the vast majority of classes and levels, but Cataclysm has wiped out all previous lists.  No, instead, you need to learn how to make your own gear list, and go after it.

I find the forums helpful because you learn things there that you might otherwise miss. Especially with all the new gear out there, they’re a nice shortcut to find out what people are really doing out there. 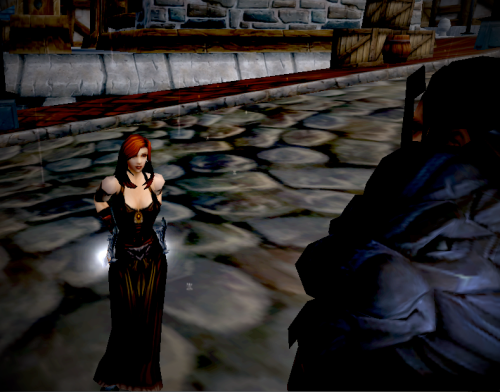 HAVE FUN WITH IT

Making a twink is a different sort of challenge than many of the others you’ll find in the World of Warcraft, but it can be really rewarding when it’s all done.

But once you’re done, don’t forget to go out and have fun out there. This is your character, your little work of art. Do what you want with it. Don’t let the haters tell you that you can’t.

15 responses to “A Guide To Twinking In Cataclysm”