Optimizing Your Character’s Gear For PvP 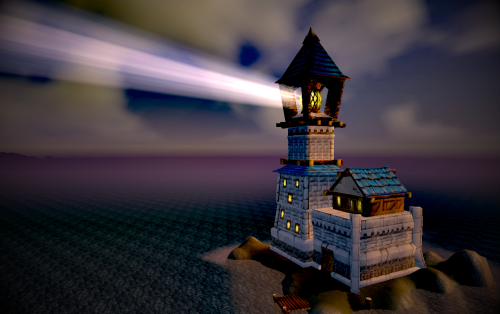 How do you know what the best gear is for you to use in PvP? The best talent build? The optimal rotation to use?

It’s with some interest that I’m following Ask Mr. Robot’s PvP Optimization project. Ask Mr. Robot is an online PvE gear optimizer, which shows different levels of gear that should, in theory, result in the optimal PvE performance of your character and spec. I looked at it a few weeks ago, and it looked very slick – but also, as most gear and talent sites have done, ignores PvP and focuses on PvE. I think that focus is actually a good thing, since PvE optimization is more than challenging enough, so focusing on an area of the game with definite metrics for success while building a site means a cleaner product in the end. And while Mr. Robot and Elitist Jerks may not always agree on the best gear and spec for a class, the discussions around class mechanics and simulating performance, and how gear affects that performance, makes for better results overall.

But tackling PvP is an ambitious step, and one that I’m pleased to see the Mr. Robot team tackle. We do these things because they are hard!

PvE seems easier to model than PvP for one simple reason: in most cases, you are able to focus on a single variable’s output to determine success. Damage dealing is the easiest one to model, with one metric – DPS, damage per second – to measure. Healing and tanking are slightly more complicated, but reducing your optimization question to healing throughput (including damage mitigation) and threat generation gives you a concrete goal to focus on. And while I’m glossing over some important nuances here, especially for optimizing tank performance, you can simulate a fight based on these three variables – how much damage do you need done, how much damage is the raid going to take, how much threat needs to be generated to compensate for the damage being done – and optimize individual classes and entire raid groups that way.

PvP is different, and those differences make it a challenge to model.

THE CHALLENGE OF MODELING PVP

The obvious difference between PvE and PvP – the kind of opponents you face in each activity – is only part of the challenge in optimizing for PvP. I’d argue that for modeling, it’s actually not a very big difference at all – you can evaluate performance in a neutral setting, and then modify those results situationally, according to class and environment.

I think a bigger challenge is trying to find balance between competing priorities in PvP which, frankly, don’t exist in PvE. In a typical raid environment a DPS can focus entirely on squeezing out every last drop of performance at the expense of survivability. Self-heals or resistance gear might make it easier to stay alive during specific encounters, but as long as DPS players can move out of bad things, they can delegate healing duties to the healers. Healers are expected to heal tank and raid damage as part of the encounter. DPS are expected to deliver a certain minimum amount of damage to the elements of the encounter.

Success in PvP, however, doesn’t come with optimizing solely for a single task. Generally, you can’t sacrifice your defense for offense, but neither can you emphasize your defense too much, or you won’t have the power for offense.

So what are the kinds of things that you have to take into account in PvP?

The more I think about it, the more gutsy the Ask Mr. Robot team seems for even making the attempt!

The best part about PvP gear is that, at least at the endgame, it’s pretty simple to figure out what you should be wearing. There is only one source of gear after the crafted sets – PvP vendors, no messy drops – so your endgame goals are pretty straightforward – get the best PvP gear you can afford in each slot. If you have Conquest points, get Vicious Gladiator’s Gear. If you have Honor Points, get Bloodthirsty Gear. If you don’t have any of those, get crafted gear.

But this kind of thinking is really about gear levels, not choices. It’s actually pretty easy to optimize for this, since you just have to look at your current activity level and figure out if you are able to get the next tier of gear. Instead of Heroic Modes / Raids / Heroics / Regular dungeons, you just ask Rated PvP / Unrated PvP / Crafted and you’re set. If you have Bloodthirsty gear but do Arenas, you should be looking at Vicious gear as your optimal set.

Gear levels are easy to code for. Gear choices are where we get into difficulties. Which neck piece should you get, the one with Spirit … or the one with Spell Penetration? Should you chose Mastery, Haste, or Crit? What about mixing in some PvE pieces? How much Resilience is enough? What do you enchant for? What do you gem for?

This is where the going gets tough.

Generally speaking, there are a few stats we need to make sure we take care of in PvP:

So one of the big changes I made in my own PvP gear this weekend was going away from PvP gear and getting the Darkmoon Card: Volcano for my warlock. This cost me 301 Resilience (0.82% damage reduction) in exchange for 321 Mastery, a 1600 Intellect proc, and damage procs that seem to happen all the time. It’s been a huge upgrade that causes my output to go through the roof, but at the expense of 1% damage reduction. I honestly think this is a better setup than what I had before, with dual PvP trinkets.

When do you make these tradeoffs? Is it on an item-by-item basis, or a overall sense of where your character is in their gear?

I think, unlike PvE, you might be better off looking at your entire set and making a judgement call. I think my biggest driver towards getting the Darkmoon Card was that my Resilience was at 3300, and that losing 1% (which brought me to like… 32%?) was a small price to pay for the gain of such a good trinket.

I’m fumbling around with the idea of a Resilience budget for each tier, instead of each item, to make these kinds of judgement calls. If you’re doing Rated PvP, you’ll want to have a certain amount of Resilience, but at some point you can make tradeoffs to do what you want to do. Perhaps it’s 80% of the total possible, or 90% – I’m not sure. But I’m pretty sure that if you just do an item-by-time analysis, you’re going to lose out on some benefits.

Of course, if Blizzard decides to apply diminishing returns to Resilience, then that changes the equation substantially.

NO ONE TRUE WAY TO KICK ASS

I actually think that it’s pretty easy to pick good gear for PvP – know which secondary stats benefit your output the most and favor them, hit the caps you need to hit, have a PvP trinket, and stack your primary stat and Resilience. Go pwn.

But good gear is not optimal gear. I guess that’s the part I honestly struggle with when discussing optimization for PvP – you’re going to need to do things that sacrifice one stat for another, and that those choices depend upon your playstyle. You could build a Destro Lock who stacked Crit and play Drakedog-style, or your could stack Haste and play Run-And-Gun. You could balance out between the two and be very successful!

But still… this is still a computer game. It follows rules which can be divined. There is a set of gear for each class which will produce optimal damage or healing while providing adequate protection, because that’s how computers work. There are a set of logical, calculable rules that are being followed here.

I think this is the point where people’s opinions diverge on optimization, be it Mr. Robot, Elitist Jerks, or any of a dozen other Warcraft think tanks. A rational analysis and simulation of optimal conditions provides a mathematical certainty about behavior; but that certainty doesn’t necessarily translate into actual gameplay. At the same time, just because gameplay is so important, it doesn’t mean you can ignore the effects of optimal gear and talent choice!

I know a lot of players in both PvP and PvE who break gear rules. Lufitoom (the Bloodthirsty) is a great example of a player who defies traditional wisdom with her spec and stacks Mastery as her secondary stat, to great effect.

Ask Mr. Robot is essentially trying to divine a set of rules that will produce optimal gear and talent choices in PvP. I think that’s an admirable goal – otherwise I wouldn’t have written this post. They are trying to produce a friendly tool that will help players pick the best gear by doing the math for them.

But, just like in life, the most optimal path may not be the best one. Use your own judgement.

(And if you’re an Affliction PvP warlock, Haste > Crit > Mastery, because your dots will be easily expelled, and you’re going to need to cast other things, too.)

A CALL FOR HELP

You likely know more about PvPing on your class than I do. It takes working with a class for a while to really understand the nuances of it, and I don’t even claim to get all the nuances of all the specs of playing a Warlock. (You don’t see me Demo PvP for a reason!)

You almost definitely know more about PvPing on your class than the folks at Ask Mr. Robot. They’re building a tool to help players choose gear and talent builds, and are dipping their toes into the waters of PvP for the first time. I think this is a gutsy project, and hope that you will stop by to give them some advice on your favored class.

In the meanwhile: get the best gear you can get, but don’t think that gear is going to make you great at PvP.

Gear is just one factor to being successful.

24 responses to “Optimizing Your Character’s Gear For PvP”