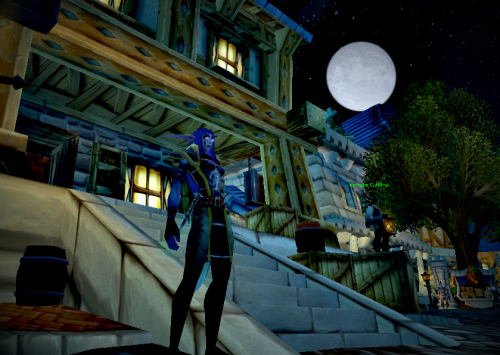 It has never been easier to have a blast with low level PvP in Warcraft than it is right now. Gone are the days where getting a character ready for WSG meant hours of grinding, farming, and doing impossible things just to compete with the level 19 twinks.

Not only is it easier to prepare a character for the fast paced, high burst world of level 10 Warsong Gulch, you can do so without committing to a character. You can literally try out characters and reuse all their gear if you decide you don’t like them. Not enjoying the Rogue’s playstyle? Delete them. Finding the Warlock isn’t your thing? Delete. Discover you should have been playing Priest all this time? Level them up, transfer their starter gear from a Mage. Worried about learning PvP at level 85? Give it a try at level 10, instead, and work on understanding how it all works – in a totally OP character.

Not every character has to be a digital representation of ourselves, a testament to our accomplishments in game. Sometimes we want a disposable hero, someone who can pwn faces for a while and then be deleted without regret when they aren’t any fun anymore.

The same heirloom gear sets you are getting to level your alts can be repurposed into gear for low level PvP. Combine those heirlooms with Hand-Me-Downs – white, non-binding items usable by level 1s and given the best enchants you can get – and you can build a character who provides a great escape from the drudgery of the endgame.

Let’s look at how you do this. 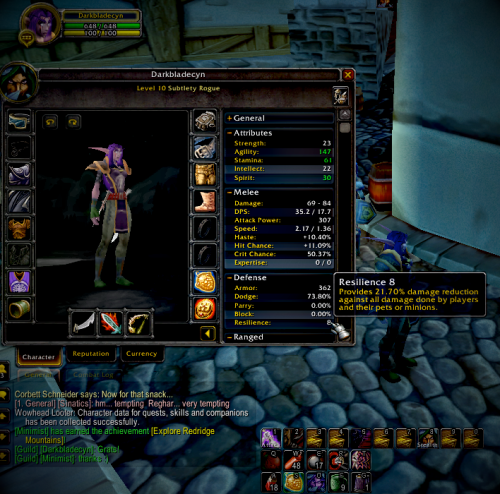 RECIPE FOR A DISPOSABLE HERO

The pants and rings are the only pieces you can’t reuse from this setup, but considering their low cost, they’re easy enough to throw away.

You can learn professions if you want, especially if you think you might level this character eventually. Engineering can also give you helms if your guild isn’t level 20 yet. But they’re not needed. And if you have a surplus of cloth, you can level your First Aid to 225 and use Heavy Runecloth bandages. But again, that’s optional.

You’ll notice that this gear list really corresponds to how you’d outfit any alt of a given class, if you’re starting off and want to breeze through the first 25 levels or so. And what’s surprising is how little gear is really required!

Let’s break down the gear into class/role type.

Nearly every other caster class can make use of these items, so you’ve pretty much covered every Intellect-based spec here. (Holy pallys are an exception for the staves.) Wand users can pick up a quest reward for additional stats (but don’t use the wand, you don’t need it.)

You can, of course, get the corresponding mail heirlooms for Shaman and Hunter, but they’re really not necessary. The additional armor is fine, but is hardly necessary. If you have them, great, use them! If you don’t, shoot for the leather pieces first. They’re more globally useful.

You have a lot of choices for weapons at this level, and while there are some pros and cons for each class and spec, you are really after the enchants, not the weapons themselves. If you can dual wield, do so and get +30 Agility (and +60 Attack Power) from the enchants. If you can’t, the Grand Staff of Jordan is an excellent choice even if you gain no benefit from spellpower. It has Hit, high Stamina and Resilience to help with survivability in PvP, the white DPS is equivalent to other 2H heirloom weapons, and it’s better than a 1H weapon with the +15 Agility enchant! If you can use spells, it’s an additional bonus for when you have to pull off a clutch heal or nuke. It’s more flexible than the Repurposed Lava Dredger; which can only be used by Druids and Shaman out of these classes, and lacks the versatility of the GSJ.

Yes. I’m telling you that the Grand Staff of Jordan is a hunter weapon.

Holy pallys are odd ducks. You can do all sorts of crazy things with their weapons, like taking a Repurposed Lava Dredger (which has Haste) and adding an Iron Counterweight (which has an insane +20 Haste) and grab the Haste glove enchants (+10 Haste) to make really fast Holy Light casts. Or you could rock the Reforged Truesilver Champion with either a caster enchant or Crusader. But overall, you’ll find that the Devout Aurastone Hammer with any of the caster enchants (+22 Intellect, +29/+30 Spellpower) will see a lot of use if you play healers. Priests, Druids, Shamans, and Paladins can all use this mace, and while Shammys and Pallys will find it more useful at low levels (it can be paired with a level 1 enchanted shield), Priests and Druids will get by, even with their limited offhand selections at low levels.

Level 10 Mage with 1500 HKs, an Alliance Battle Standard and Knight's Colors? Sure!

THE FOUNTAIN OF YOUTH

You can approach disposable heroes in two ways:

The first way is pretty easy to accomplish – XP is only gained in WSG when your team captures a flag. So don’t be there when this happens. Make a macro with a single line:

and keep tabs on your FC at all times. AFK out before the flag caps, wait 15 minutes (go do dailies or something), and return to let off some more steam later.

This method lets you stay with someone for a long, long time. I got over 1000 HKs on my level 10 mage without really trying, just by AFKing out.

But – to be quite honest – afking out can be kinda boring.

I mean, you never get to win, to really dominate the battleground, to make it so that the other team just hates you. They hate you for about 3 minutes and then you’re gone. And that’s not that fun.

So the other option is just to level up normally through BG experience, and when you hit 15 (or 19, or 25, or whatever), just delete the character and reroll.

You heard me. Delete the toon and start over again at level 10. I wager you can get to level 10 in 45 minutes or less, just by killing everything in sight with your uber gear. Very little of it is soulbound – not even the bags! – so just delete and start over. Try a different race, a different class. Or do the exact same one if you were having fun.

These are disposable heroes, after all!

No commitment, casual PvP where you get to pwn face and blow off steam. If you don’t know how to PvP, this is a great way to start.

Plus – you’ll learn to love Warsong Gulch. No, really!

Give it a try.