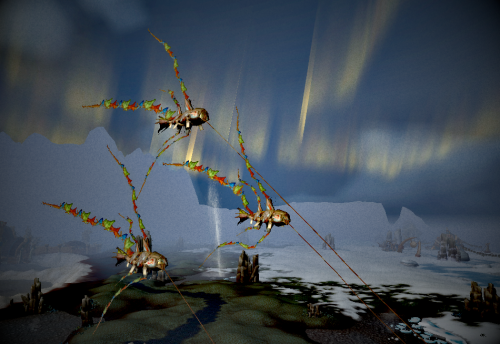 The 4.2 Patch notes have been updated last night (6/16) with a dramatic shift from punishment to reward regarding the Conquest Point cap changes of 4.2.

The entire set of patch notes are below, with my comments following. Updated information is in red.

The situation remains essentially the same, with sticks replaced by carrots. The ratio is slightly different, the math is more complicated, but the design goals are identical to last week’s version.

Players are being encouraged to go to Rated Battlegrounds, and it has nothing to do with slowing down the rate of acquisition of gear.

Take a look at the changes.

High-ranked Arena players now continue with a majority of their play in Arena matches, but will need to do some Rated Battlegrounds, Zulroics, or raids to get their remaining 600 Conquest Points.

Since there haven’t been any changes to the Arena Conquest Point per hour rate on the PTR, low-ranked Arena players are now able to gain gear at the exact same rate that they got it in 4.1. Unless the prices for Ruthless Gladiator’s Gear go up, there is no change to the absolute rate of acquisition.

If this was PvE, then this would all be a moot point. Gear increases are relative to a static encounter difficulty, so you can make the argument that you can choose to do, or not do, Rated Battlegrounds, based on the desires of your raid group.

But this is PvP. The encounter difficulty of PvP is entirely relative to other players. Players who play Rated Battlegrounds, even who play them poorly, will gear up faster than players who do not.

The only substantial change in this update is psychological. The stick has been replaced with a carrot, but there’s still a stick there. Cutaia pointed out this morning that this kind of change worked well before with Rested XP – changing the model from “Tired = XP Penalty” to “Rested = XP Bonus” made it vastly more attractive to players. That the time spent leveling didn’t change wasn’t important – giving players a bonus instead of a penalty changed their behavior. Rested XP is a bonus!

But it’s also the speed at which you were expected to level with originally. Whoops.

The challenges of moving players away from Arenas into Rated Battlegrounds are substantial. It’s hard getting 10 people together when you’re used to only getting 2-5. It’s hard when rBGs don’t have enough players to offer newbies a fighting chance. It’s hard when the coding has been broken, when the maps aren’t tuned well, when you need a very specific comp to be successful. It’s hard.

I appreciate that Blizzard is at least looking at the way in which this change is presented. I really do. It didn’t go down well when it was announced, Blizzard is obviously trying their best to fix the the queue problems in Rated Battlegrounds, and they have to do something.

But no matter how these changes to the Conquest Point changes get spun, their purpose remains the same:

Get players into Rated Battlegrounds at any cost.