Infographic: How To Win Tol Barad

At the beginning of Cataclysm, Tol Barad dominated the PvP scene. It was a tough battleground – hard to capture, easy to defend and dominate, and with rewards which were needed for both PvE and PvP.  It was the source of a lot of balancing issues, rumored exploits, and a win-trading debacle all in the first few months of this sad island’s existence. Factions could, and did, hold the fortress for weeks at a time, giving raiding guilds a significant advantage over their competition on that server. It was a contentious place.

I wrote a guide to it – How To Win Tol Barad – which, in retrospect, I think is the best battleground analysis I did in Cataclysm. Writing it represented a turning point for me, personally. I set aside all the complaints I’d heard, all the frustrations I had with losing it repeatedly, and all the scandals around this battleground. They didn’t matter anymore. They were excuses standing in the way of a basic, unshakable truth – there is a way to win this. Yes, it is hard. Yes, the odds are against the attackers. But it can be done.

I stopped making excuses and got down to work.

The opening paragraphs of that guide were directly inspired by JFK’s speech where he declared we would go to the moon. I’d heard recordings of it as a child, and I watched it again when working on that guide. It’s stuck with me with its simple message about why we strive to do the impossible:

In the face of failure, in the face of impossible odds – we persevere and strive to overcome any challenge. Even if it’s just in a video game.

You can imagine my astonishment when I discovered that Lilpeanut from Heal Over Time had gone and captured not only the strategic points of that guide, but also that all-important attitude of indomitability, with a Visual Guide to How to Win Tol Barad:

The Godmother from ALT:ernative had suggested that Lilpeanut tackle my Tol Barad guide as part of her series of infographics, and I’m really glad that she did. I love it. (“I’m not leaving!”)

Check out more of Lilpeanut’s Visual Guides (including some great ones on being an Arena Priest, oh, I love those!) on her flickr photo stream.

Thank you both so much!

And now for something a little different.

I was on the Darkmoon Herald podcast a few weeks ago with Kevin and Apsana, and it’s finally available for download! I had a lot of fun doing this show – it’s a pity my schedule doesn’t leave me more time for recording. (Perhaps if I didn’t talk incessantly on these things, it might be easier to find time. :D)

Check it out online or on iTunes. Thank to the Darkmoon Herald crew for having me on, it was a blast!

I’m sadly starting to see more of  a pretty simple exploit that has been around for a while. It’s usable in any of the leveling brackets, but appears to be most common in the 10-14 and 75-79 brackets – anywhere gear differences are potentially very pronounced.

The exploit allows someone to turn off XP while queuing for a regular battleground. Normally, turning off experience places a character in an xp-off battleground with other characters who have done the same. Gear is assumed to be of very high quality in these brackets, and players are assumed to know how to play both their class and the battlegrounds with skill. The exploit allows them to queue with leveling characters, giving them a serious advantage.

The advantage isn’t the problem; any player can choose to lock XP for a while, gear up, farm consumables, get great enchants, and then go to town in a normal battleground. You can do this with disposable heroes, you can do it to learn your class better, you can do it because you like winning in PvP. Warcraft PvP is, in many cases, a game of gear. Locking to gear up and unlocking to PvP is part of that game.

No, the problem is that the exploit deliberately sidesteps the XP lock to allow characters to enter a leveling battleground but avoid gaining experience. It’s cheating. It takes advantage of a delay between turning XP off and queuing for a battleground to get a twink into a leveling bracket. They become immune to the experience gain, even accidental experience gain, that moves people along in these brackets. There’s a level 10 toon on my Alliance server with “of the Alliance” – 100k Honorable Kills – who got it entirely by farming battlegrounds with this exploit. It’s one thing to AFK out of a battleground before each flag cap to avoid experience gains. It’s another thing entirely to cheat so you can cap and win as many BGs as you like because you’re immune to experience.

This exploit is in the same category as the Arathi Basin Fast Start exploit from a while ago – deliberately circumventing the explicit rules of the game. There’s not even a gray area here about how everyone can do it – you need to download an add-on for it, and no, you can google it yourself, I’m not linking to it.

But I hate when things like this happen – it’s bad for leveling PvPers, it’s bad for twink brackets, it’s bad for everyone – but the folks who are cheating. There are a lot of good players in the twink community, players who enjoy the thrill of competing with the best gear you can get for a bracket. I find higher quality battlegrounds in the 19s and 70s and 80s than I ever do at 85.

But play by the same rules as everyone else, for pity’s sake.

Tagged as Exploits, Green Tinted Goggles, Really - REALLY? Do we really have to cheat to win?, Twinking, Twinks

Play Now, Not Then 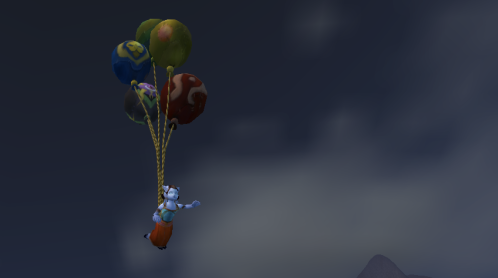 This too shall pass.

I think about that proverb a lot.

I remember how much pressure I felt two years ago to see everything in WoW before Cataclysm changed it all. It was this palpable weight on my mind, this knowledge that it was all going away.

I had been playing just long enough to have seen enough to know how much else there was to see, but not long enough to have seen it yet. It was my first expansion transition, but also one where the changes to the game outweighed any changes I might have expected to my characters. I knew that there were changes coming to how I would play, but I didn’t really pay them much mind. I had two goals – Ambassador and Kingslayer – and getting those two titles on two very different characters helped me put Wrath to bed and get mentally ready for Cataclysm.

Those titles don’t mean very much anymore. Their value has passed, as the changes in the game made them easier to get. But I remember those accomplishments fondly, and I value them still. I’m glad that I did them then, and didn’t wait for Cataclysm. 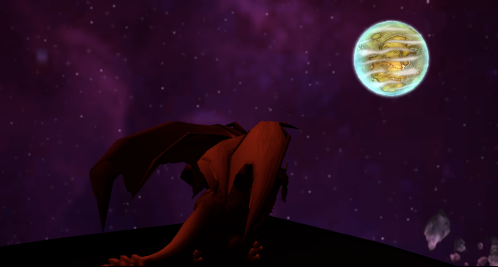 Over the past few months I have quietly set aside my twinks and reclaimed my warlock main, Cynwise. There’s a certain natural flow to playing her that I don’t have on any other character, even after almost a year of disuse.  I’m not near Gladwell’s 10,000 hours to master her yet, but I’m working on it. I find myself enjoying PvP on her again – something I hadn’t expected – and that I no longer bemoan her professions or her gear or how Rogues love to gank her.

We just play. It’s uneasy at times; I find I miss healing any BG that lacks a healer, and I tend to tank old raids without a viable tank spec. But by and large, we just play. I’m slowly working on Battlemaster and Justicar, but they’re more an excuse to PvP than goals for Cataclysm.

I realized, though, that there’s a fundamental difference between where I was at the end of Wrath, and where I am now at the end of Cataclysm. Pre-Cataclysm, I wanted to see the game before it went away, and it didn’t matter who I saw it on. Pre-Mists of Pandaria, I want to enjoy playing a Warlock as they are now, flawed yet challenging, before they go away.

This class that I love – it’s going to change in Mists. It’s going to change a lot. I can look ahead and go, I think that I will like the new Warlocks – but I don’t know. I thought I would love Cataclysm, but I didn’t. I don’t think I really even liked it very much, as a whole. There were parts I loved – many of the revamped leveling zones – and there were things I enjoyed well enough – but the sum total wasn’t what I anticipated two years ago.

I do know that the specs I enjoy now are going away in a few months. There is a countdown timer running on them. Time is running out for me to play the way I’ve learned over the past few years.

I know it will be different, and this too shall pass.

So I’m playing Warlock now, because I enjoy it now.

Changes will come soon enough. They always do. 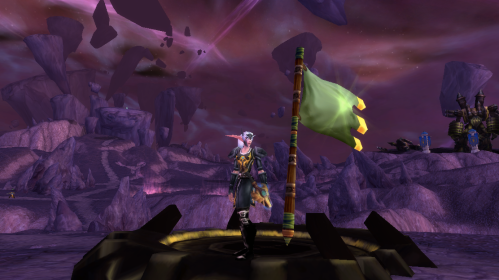 It’s ironic that I spent so much time in Cataclysm trying to freeze things in place, trying to deny that change should happen, was happening. I built over a dozen twinks – characters locked in various XP brackets – this expansion, each working on different Best In Slot lists, frozen in time. My surprise main character for 4.2 and much of 4.3 was my level 70 Druid Cynli, who is about as geared as I can make her for her primary role.

Cynli was one of many attempts by me to thumb my nose at Heraclitus. All things are change, that ancient greek philosopher maintained, and yet I tried to step into the same river over and over again. I was upset that Cynwise had changed beneath me, that not only had the foundations of the world been torn asunder, but my vehicle for experiencing them had, too.

Was it too much change for me to deal with? Honesty compels me to admit that it might have been. 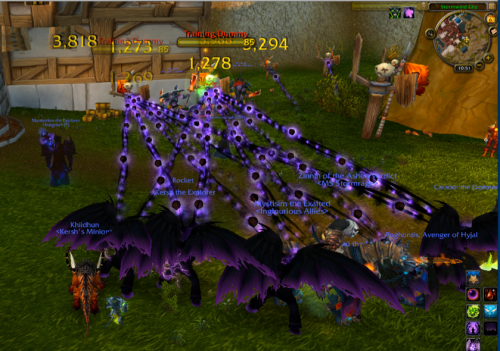 The Mists Beta is full of all sorts of scenes like the one above. Classes change dramatically without warning. Abilities work, or don’t work, or kinda work, or have interesting bugs that might not really be what was intended – or maybe they might! It’s hard to say.

But as time marches on, and class design starts to solidify and Blizzard developers start making balance passes with the new mechanics, it hits me more and more – I don’t really know what this game will be like in the future. I don’t know what my favored class will really be like.

It’s not going to be like it was in Burning Crusade, or Wrath. There’s no going back.

But there’s also no skipping ahead – no hurrying up the expansion so I can get to leveling my baby Horde Warlock, no trying out the Glyph of Demon Hunting as an off tank in retro raids, no cool new glyphs or simplified rotations or wondering what Haunt is really for.

There’s just the Warlocks of now, the Warlock class I know how to play.

Yes. I know that this, too, shall pass.

So I’ll enjoy it while I can, and take the changes as they come.