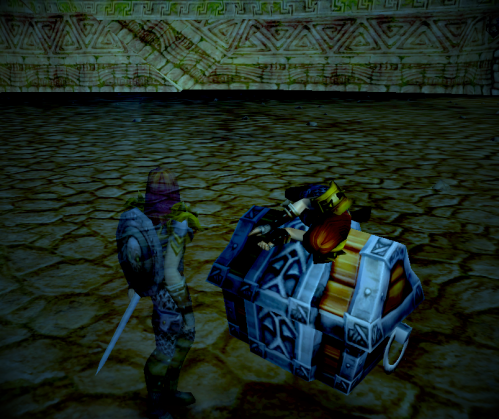 The best twink trinket for low levels is the Arena Grand Master. More than any other item, the AGM marks a character as a serious twink, having put in the days, weeks, or even months to get an absurdly powerful trinket for low-level PvP. Anyone can get the Inherited Insignia of the Alliance. Only twinks consider getting the AGM.

In order to complete it, you need to loot 12 (that’s twelve) Arena Master trinkets from the Arena Treasure Chest dropped by Short John Mithril in the Gurubashi Arena in The Cape of Stranglethorn. Every three hours, this crazy goblin comes and drops a chest of loot on the floor of the arena.

So you have 8 chances each day to try to win the Arena Master trinket. That’s the good news.

The first part of the bad news is that the Gurubashi Arena floor is a free-for-all area. As soon as you step foot down there anyone can, and will, attack you. This means competition between twinks can be quite fierce.

The second is that there are two achievements based on getting the Arena Grand Master, so endgame characters will be trying for it, too.

The combination of these two issues makes getting the Arena Grand Master a challenge if you don’t have a guild who can help you out. (And even if you do have a guild like that, it’s still a challenge.)

But overcoming challenges is what playing a twink is all about. 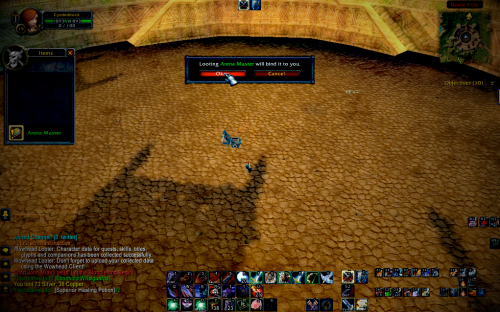 I learned a lot during my quest to get the Arena Grand Master.

I remember my very first Arena Master, and how impressed I was that I finally got something out of that chest! Then the sinking feeling hit – I was going to have to do it many, many times. 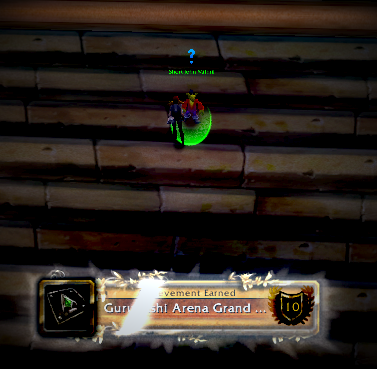 Eventually, though, you get the 12 Arena Master trinkets and can turn them in to the crazy goblin for an exceptional piece of work – 120 extra health, and a bubble that absorbs 2000 damage. It’s pretty awesome.

But then your work is only partly done, because you’ll probably want a second one. If you’re Human, you definitely the second one, and even if you’re not, you still probably still want it for when your PvP trinket is on CD. And for walking around your home city, because an extra 240 health is really cool at level 19.

Getting the AGM seems hard at first, but it’s relatively easy once you get started. It’s a big task, and it requires commitment, but it’s not difficult per se. It just requires dedication and persistence.

If you haven’t tried for the Arena Grand Master before, I recommend you try it. It’s an interesting, unique experience in WoW, and one worth having.

One response to “The Arena Grand Master”